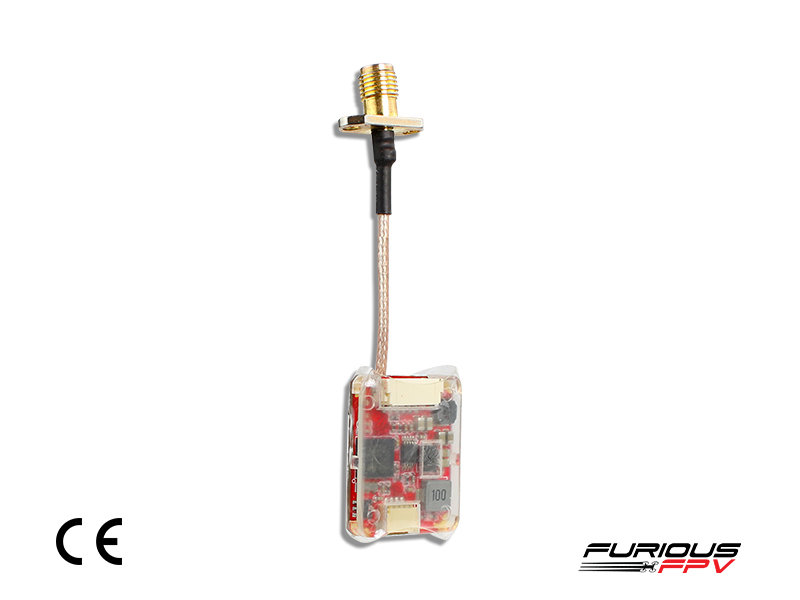 At Furious FPV, we're massively excited to debut our flagship model that's destined to push the boundaries of FPV VTx technology. Nano sized & micron light, the all new Stealth Race VTx is a game changer, inside & out.

At half the size of competitive based VTx systems, the Stealth Race VTx will blow your mind when it comes to how much we have packed into this stamp sized beast. Able to fit in just about any racing quad on the market, the Stealth VTx boasts full size features in the smallest platform we have ever designed.

Incorporating a built in LC filter for ultra clean video, thermal protection, and the ability to be powered up to 6S 25.2V input power, the Stealth Race VTx brings plenty to the table with a zero compromise layout. Combine this with an adjustable VTx power output of 0.1mW / 25mW / 200mW output, this VTx is an all in one FPV game changer that you can't live without.

Functionality is the game and simplicity is the key. With the Stealth Race VTx, the Furious team has been hard at work, incorporating intuitive setup capability via Bluetooth technology. This brilliant system offers a dedicated Furious FPV app for iOS & Android, allowing users to adjust channels & other functionality with ease via ultra simplified smart phone setup. It just doesn't get much more simple than that.

• Configure VTx by Transmiter via Peripheral on Betaflight

Micron Small - Half the Size, Triple the Features.

At half the size of traditional VTx units, the sheer mico sized layout of the Stealth Race VTx is simply mind blowing. And then, you begin to see what this system packs - nothing short of magic via pure design brilliance.

Built In Bluetooth Capability - Power In the Palm of Your Hands.

Incredibly simple to setup and utilize, Furious FPV brings the next evolution of functionality & brilliance to the table with full up smart phone adjustments. By downloading the Furious FPV iOS / Android app via your smart phone, you now can adjust your VTx in ultimate style. Like a boss, we might add.

Ultra clean imagery is paramount, helping you avoid clipping gates and ending your race in shame & defeat. By incorporating a built in LC filter, your video imagery is kept clean and focused so you can push your FPV to the ragged edge & beyond.

Whether setting up your aircraft, pushing hard laps in the race, or relaxing with some epic freeride flight, the Stealth Race VTx offers it all. Utilizing Pit Mode Technology, you can now setup your gear while others are in flight by transmitting at an ultra low 0.1mW output. Time to race? Dial it up to 25mW, and after your laps, push it to 200mW for some epic freeride flight.

Protect other racers from signal interference with Stealth Power Up technology, allowing you to power up your aircraft while keeping your VTx output power at zilch - just where it needs to be.

With the ability to handle a full 6S 25.2V input power, the Stealth Race VTx can handle all the voltage you can throw at it, offering ultimate voltage flexibility.

Save this product for later

Banshee Frames is a custom Mini & Micro Quadcopter design team hell bent on producing the strongest, fastest bad ass mini quad frames.  All of our frames are proudly Australian designed and made.. 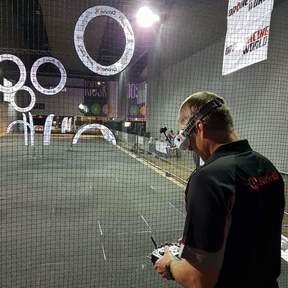 At Team Banshee, we're a team of structural engineers with a passion to build and fly.  With every frame FEA carbon stress modeled we aim to ensure the quad frame is the last thing you have to worry about in a crash, while ensuring best power to weight to strength ratios - zero compromise, maximum performance!

We are an Online based Store in Manly, Queensland

(Pickups on request ONLY - Contact us by phone to arrange)